420 Budz Club is a NFT collection of 4,200 Budz with more than 100+ traits. Each NFT is a uniquely generated from the collection with various rarities. Our objective is to build the strongest weed based NFT community and project on the ethereum blockchain.
‍
420 Budz Club was created by Kush. The inspiration for the project came when Kush was a community ambassador in a project that slowly became poorly run and drained by a team with no drive or ambition and giving false promises to its holders. With Kush knowing his hands were tied and the team holding all the keys to the project, he decided to plan/build his own project. After 4 months of planning and art, Kush started to bring the 420 Budz Club project to light.
The project is currently under a 3-4 year roadmap plan, with various exciting milestones set throughout the project's growth.
‍
We will continue to work on development, growing our community and the 420 Budz brand.
We look forward to opening an online merchandise shop with an array of products & collectibles that will include 420 Budz Clothing, accessories along with other items such as stickers, mugs and more! Not only that, but we have many ideas for the future of 420 Budz Club, so join us on this journey as we launch our project and expand the 420 Budz union. Join us and have a voice on our roadmap. This is your project just as much as it's ours! 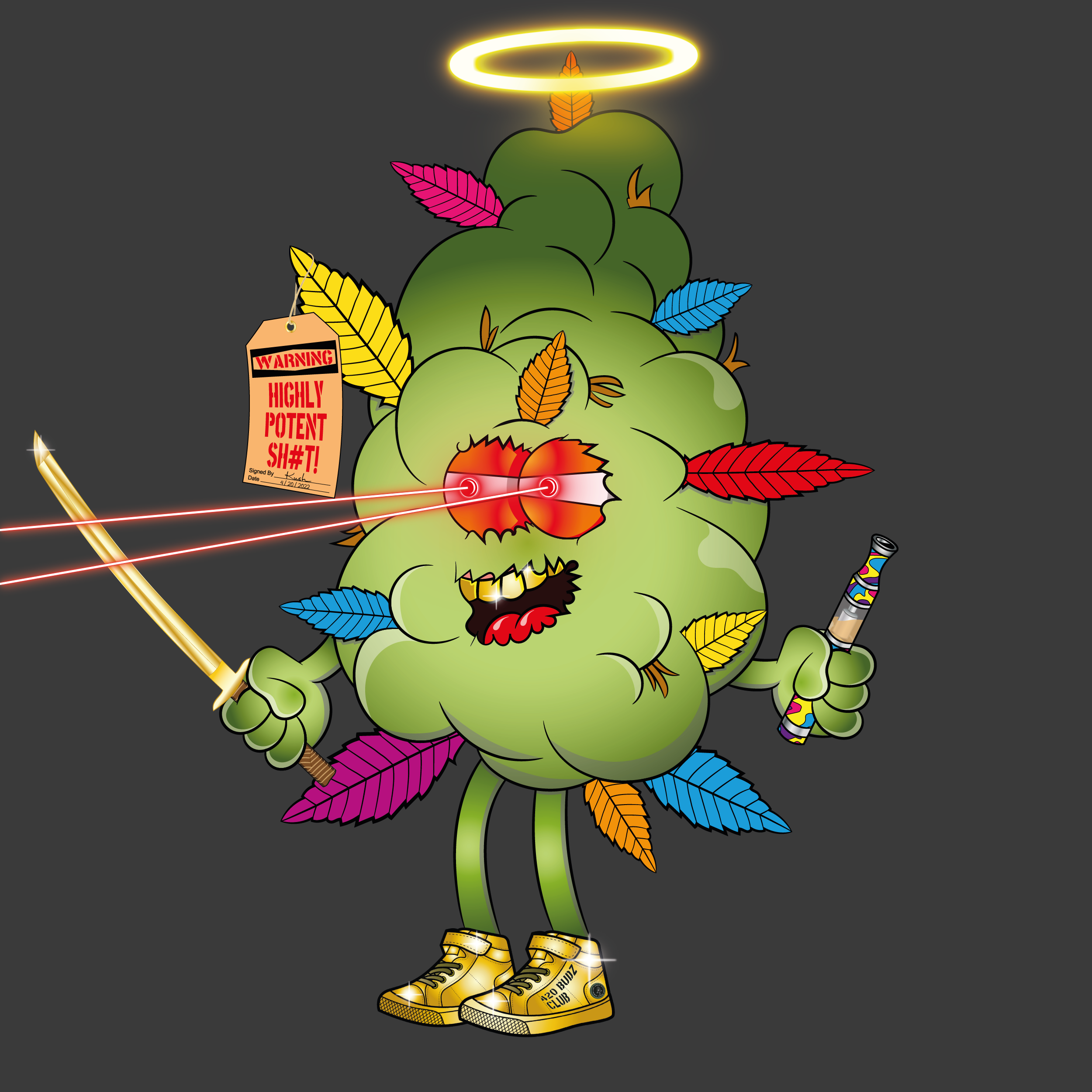 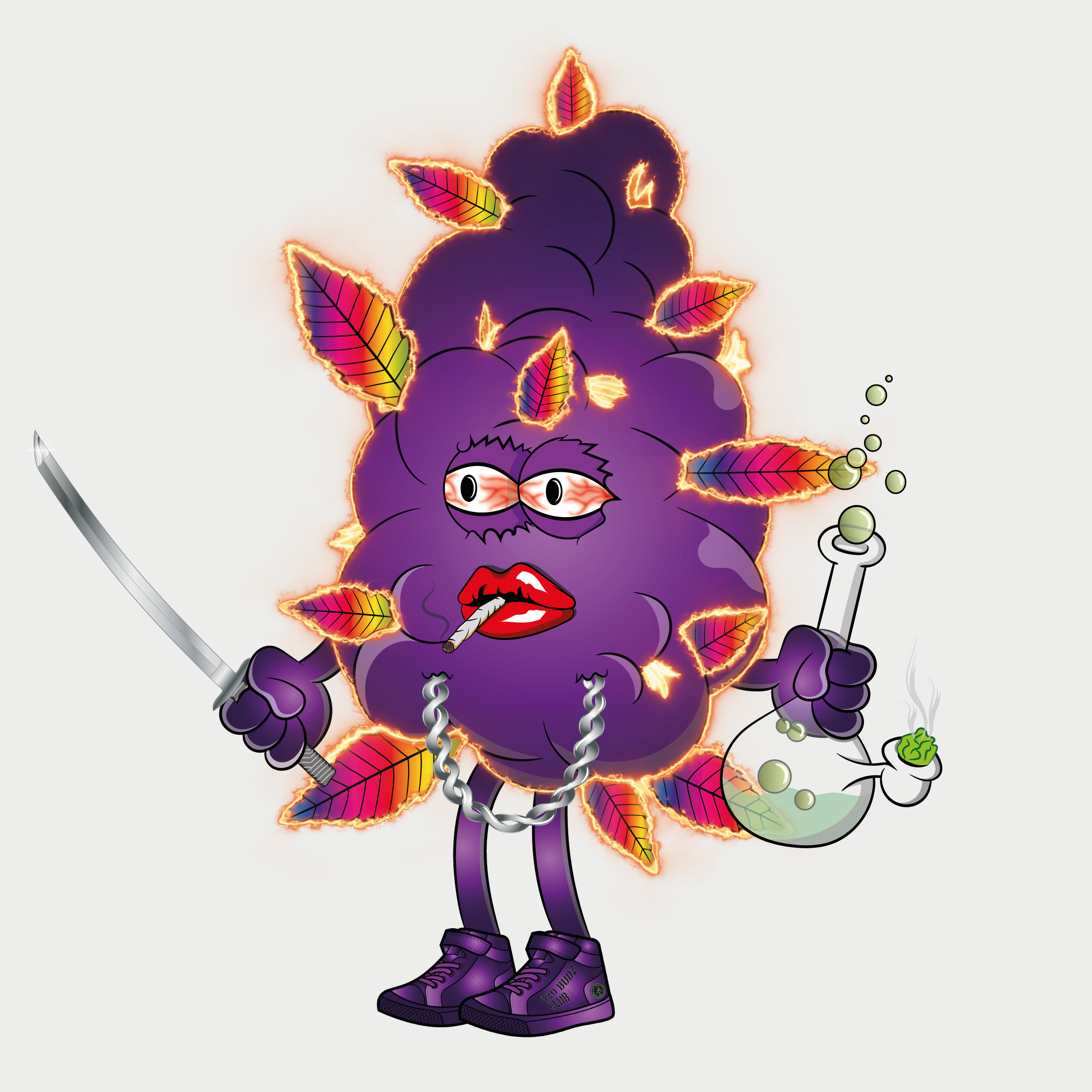 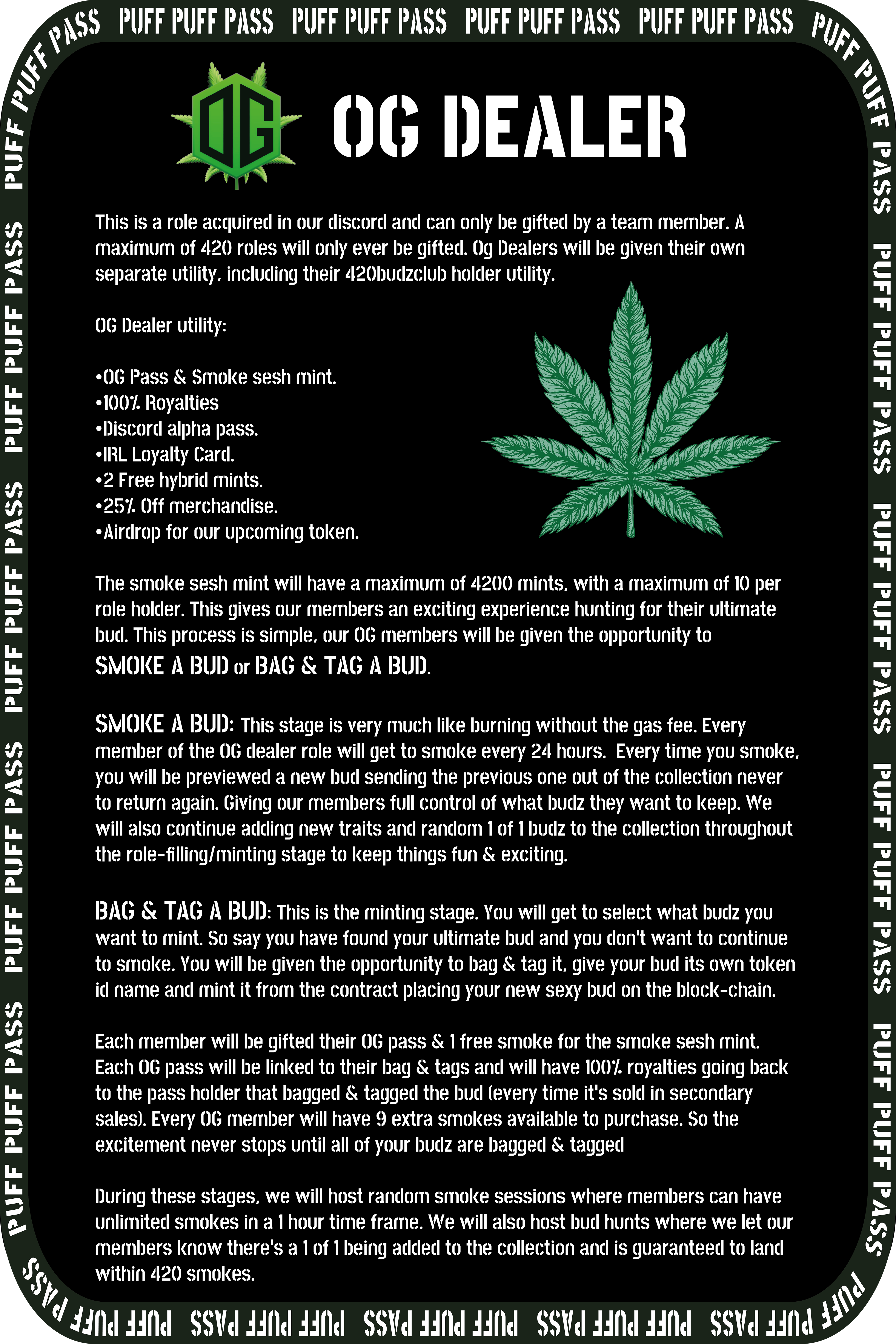 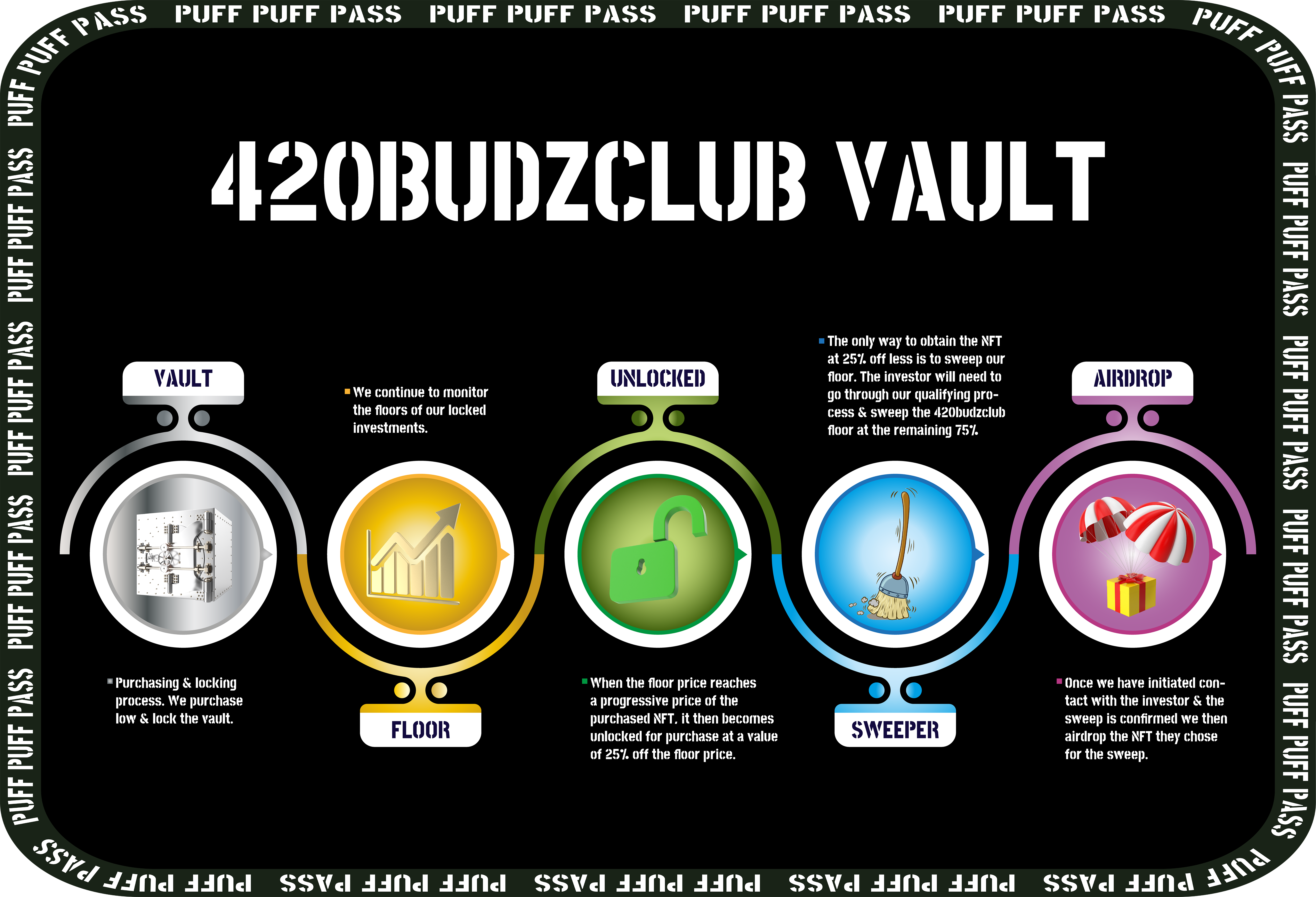 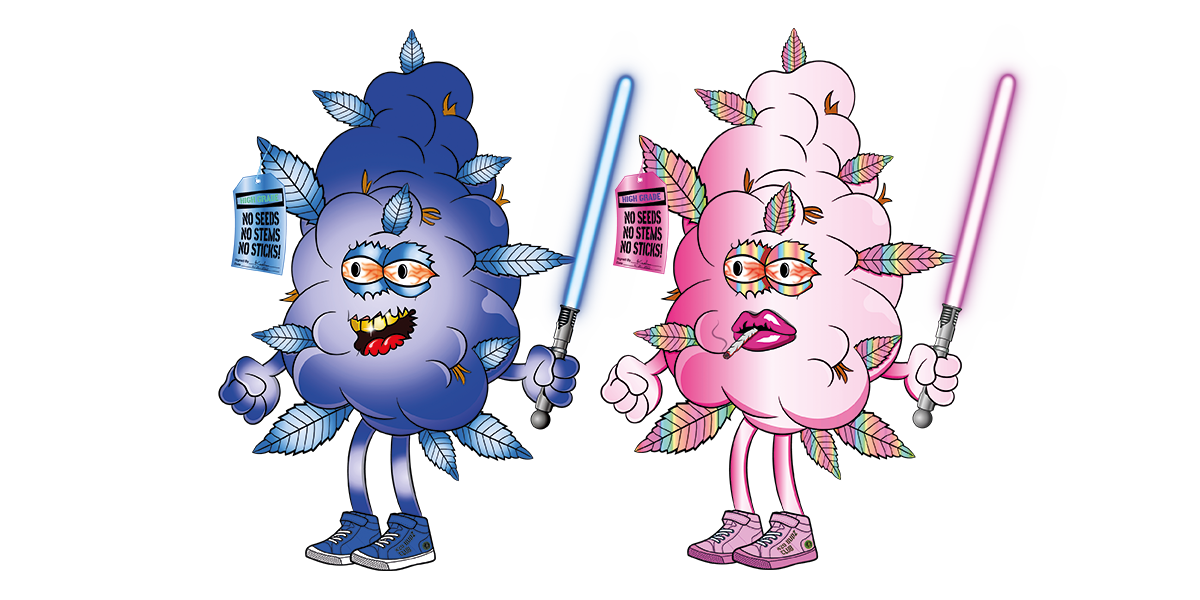 Don't panic its organic. Just
puff puff and pass it.

420 Budz Club is a collection of unique algorithmically generated budz personas designed by Kush and minted as NFTs on the ethereum blockchain. This 1st generation of 4,200 Budz has a potential of over  trillions of possibilities and is built with unique backgrounds, bodies, eyes, mouths, leaves, sneakers, accessories and glows with some rarer than others and a unique legendary collection.
Will 420 Budz Club make a sound investment?

We have already planned and continue to still brainstorm new ideas for our 3-4 year roadmap and with each year giving more utility & exclusive benefits to its holders.
When is the launch date?

Now Minting.
What are NFTs?

NFT stands for "Non-fungible token". NFTs are a unique, digital item that is managed via blockchain ownership where users can purchase, possess, gift and trade. Some NFT's fundamental function is in the form of digital art. Additionally, they have the potential to offer additional benefits like exclusive access to websites, event tickets, game items, and ownership records for physical objects. Think of it as a unique piece of art that can also work as a "members-only" card and proof of authenticity and ownership.
How do I buy a 420 budz club NFT?

1. Download the metamask.io extension for the Chrome/Brave browser or app on a mobile. This will allow you to make purchases with Ethereum and can be found in the extensions tab. If you are on a mobile, you must use the Metamask App Browser.

2. You can purchase Ethereum through the Metamask Wallet using Wyre or Send Ethereum from an exchange like Coinbase or Binance.

3. Click on Connect at the top of the page and connect to your Metamask. Once joined, you will be able to purchase the NFTs in the mint section. You will be prompted to sign your transaction. FYI, there will be a fee associated with every transaction related to gas prices.

4. Once you have made your purchase, your 420 budz club NFTs will be viewable in your wallet and on OpenSea
Join Our Discord
© 2022 420 Budz Club. All rights reserved.